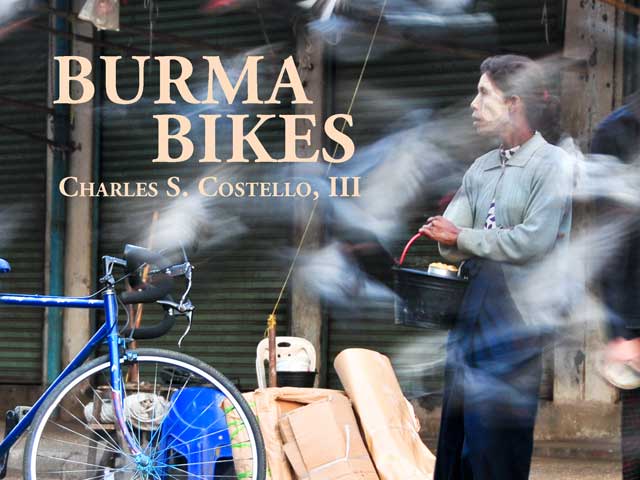 On my first day in Burma in December of 2011, I walked the dusty streets of the former capital city of Yangon, otherwise known as Rangoon, fascinated by how the bicycle figured into daily life. These photographic vignettes illuminated for me the extraordinary richness and depth of life throughout the country. On a second trip two years later, this process continued. Burma Bikes: a journey within is the result.
Preview the book 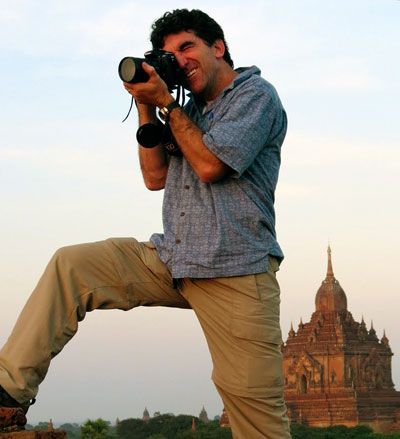 Charles S. Costello III has lived, worked and traveled throughout Asia. He holds an MA in Asia Pacific Studies from the University of San Francisco and continues to travel to and write about the region. He is the coauthor of Breaking Ground: The Seventy Year History of the Operating Engineers Local Union No. 3 (M.T. Publishing, 2009). He has written for The Japan Times, and has published papers in USF’s Asia Perspectives  while giving papers at the Harvard, University of Toronto and Durham University.

Costello says about Burma Bikes, “On my first trip, I walked the dusty streets of the former capital city of Yangon, otherwise known as Rangoon, fascinated by the daily life of the locals. A man slept on the seat of his tri-shaw, his torso and head covered by the fabric of his longyi – a fabric similar to a sarong, a bike and its driver covered with what looked like hundreds of golden Buddha’s whizzed by, a woman cradled her child on the frame of her bike as she pushed it, crammed with vegetables and other goods around town. These photographic vignettes illuminated for me the extraordinary richness and depth of life throughout the country.”

Want to create your own book?  Download BLURB’s bookwright software and get to work.