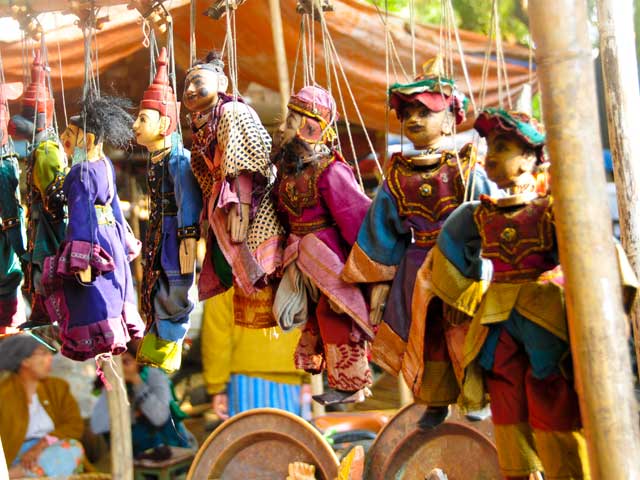 Is it Pagan or Bagan?  Many of the names were changes along with the name of the country in the late 1980’s but in this post, I like the old name of Pagan that goes well with the beautiful puppets being sold in this market. Many of the place names including the country of Myanmar, otherwise known as Burma have gone through a number of changes. Some of this is due to the British legacy and pronunciations of the foreign tongue and others of more recent timing were the changes by the military government.

And in Pagan and in Burma at large there is a puppet culture that permeates the villages and towns from Nagapali Beach on the Bay of Bengal and into Pagan, otherwise known as Bagan.  We saw a number of puppet shows in different cities as we made our way around the country.